The conservancy has established itself as a committed and forward thinking conservation group. Custodians to an amazing diversity of fauna and flora, the members have set about securing the long-term conservation status of the area. The conservancy has developed its own constitution, registered a Trust, and is run by a committee representing the members. Committee members are elected annually at the AGM meetings. 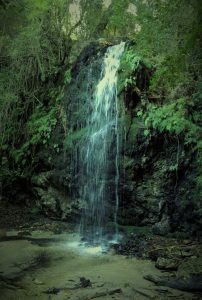 Through the Grootbos Foundation, 11 women from local communities have been trained in effective alien clearing protocol. This allows for employment opportunities throughout the conservancy for skilled teams. It is vital that we empower communities, while maintaining pristine environments through alien clearing. 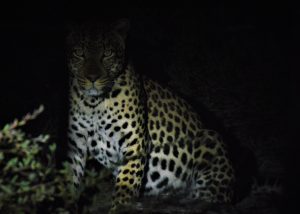 Leopards, with their unique markings and appropriate home-range sizes, act as good indicators and flagship species for the establishment of conservation corridor networks. Through this information, we can identify conservation hotspots, threats such as invasive species entering our fragile systems, and interact with landowners. The majority of the land within the conservancy boundaries is private, and so interactions and involvement of landowners is vital to conservation success.

The conservancy operates on a basis of a conservation management plan which is regularly updated and provides the framework for annual plans of action (APO).

During 2000 the conservancy was granted R100 000 from the South African government’s Working for Water programme for funding towards removal of alien vegetation and creation of jobs in the area.

At the 2001 Whiteleys Awards in London, the Walker Bay Fynbos Conservancy was awarded the twenty thousand pound Iris Darnton Award (LINK) for International Nature Conservation. This is the most prestigious award in the world.

1.WHITLEY AWARDS FOUNDATION
Sean Privett, the first chairperson of the Walker Bay Fynbos Conservancy, was awarded R220 000 as a winner of the Iris Darnton Award for his contribution in establishing the Conservancy.

2.DEPARTMENT OF ENVIRONMENTAL AFFAIRS IN PARTNERSHIP WITH THE AGULHAS BIODIVERSITY INITIATIVE
In partnership with the DEA, ABI and the Flower Valley Conservation Trust, the Conservancy was allocated approximately R2,7 million on alien clearing over the last three years (2013-2015), keeping approximately 6000 hectares cleared of alien vegetation. 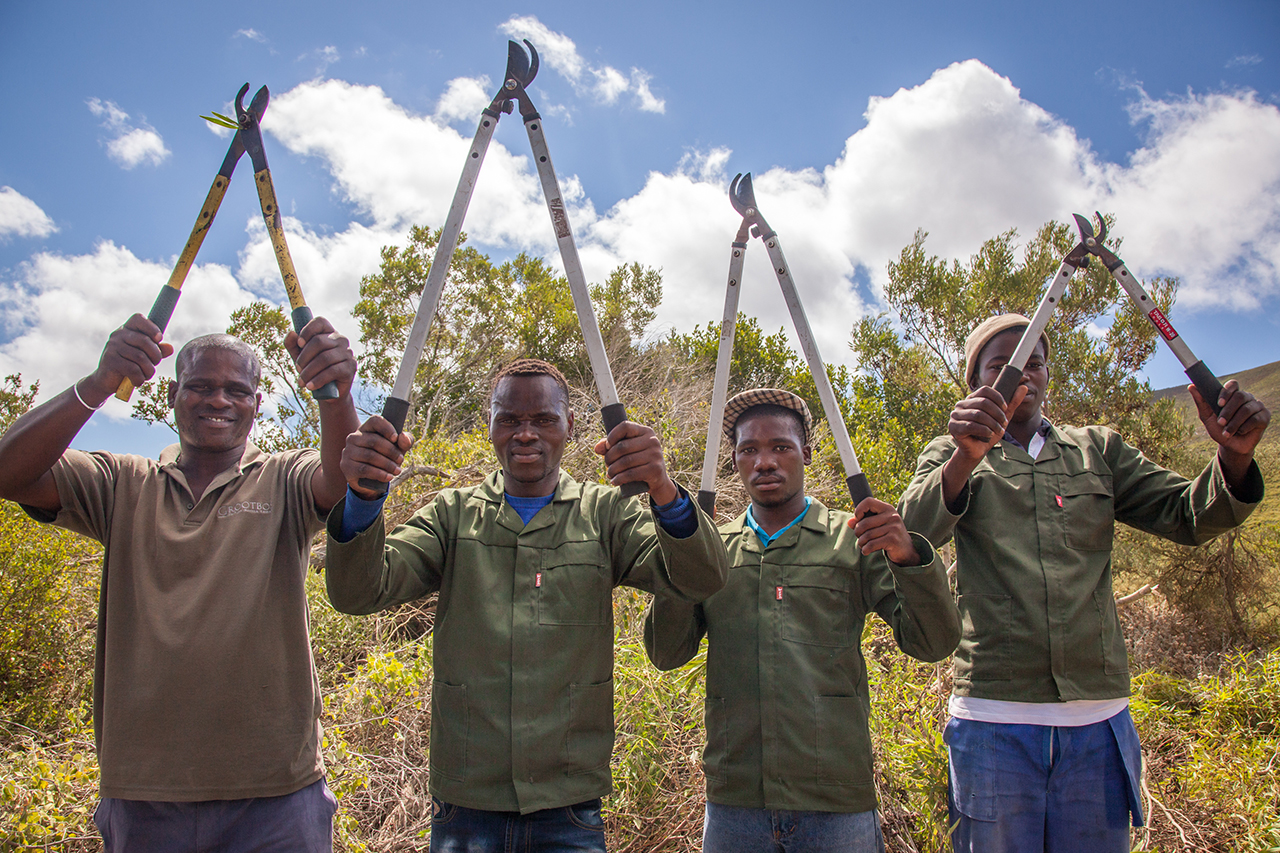 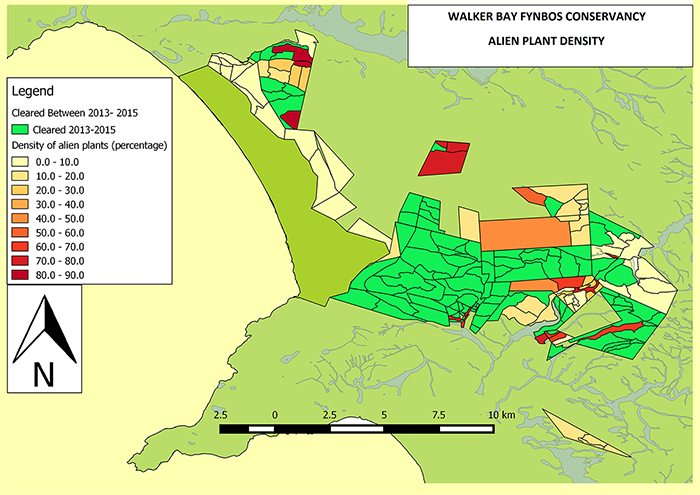 3.WWF – SANBI GROEN SEBENZA PROGRAMME
The South African National Biodiversity Institute (SANBI) embarked on a major skills development and job creation pilot programme in 2013, Groen Sebenza, a Jobs Fund Partnership Project funded by the National Treasury. Groen Sebenza was aimed at developing priority skills in the biodiversity sector to create sustainable job opportunities to unemployed youth for a period of two and a half years, bring young South Africans from previously disadvantaged backgrounds together with experienced biodiversity professionals to learn, grow and eventually gain the competence and confidence to embark on rewarding and meaningful biodiversity careers.

The programme partnered with 43 host institutions across the country from all tiers of government, NGOs and the private sector. Through the WWF-SA the WBFC was amongst the beneficiaries of this funding initiative, hosting Thilivhali Murivhami as an intern. The WBFC has equipped Thilivhali with various life and generic skills training eg. Computer literacy, workplace communication, career guidance, leadership and project management skills and in addition to this, received relevant technical and occupation-specific skills. To date Thilivhali has been made alien clearing manager for the WBFC. 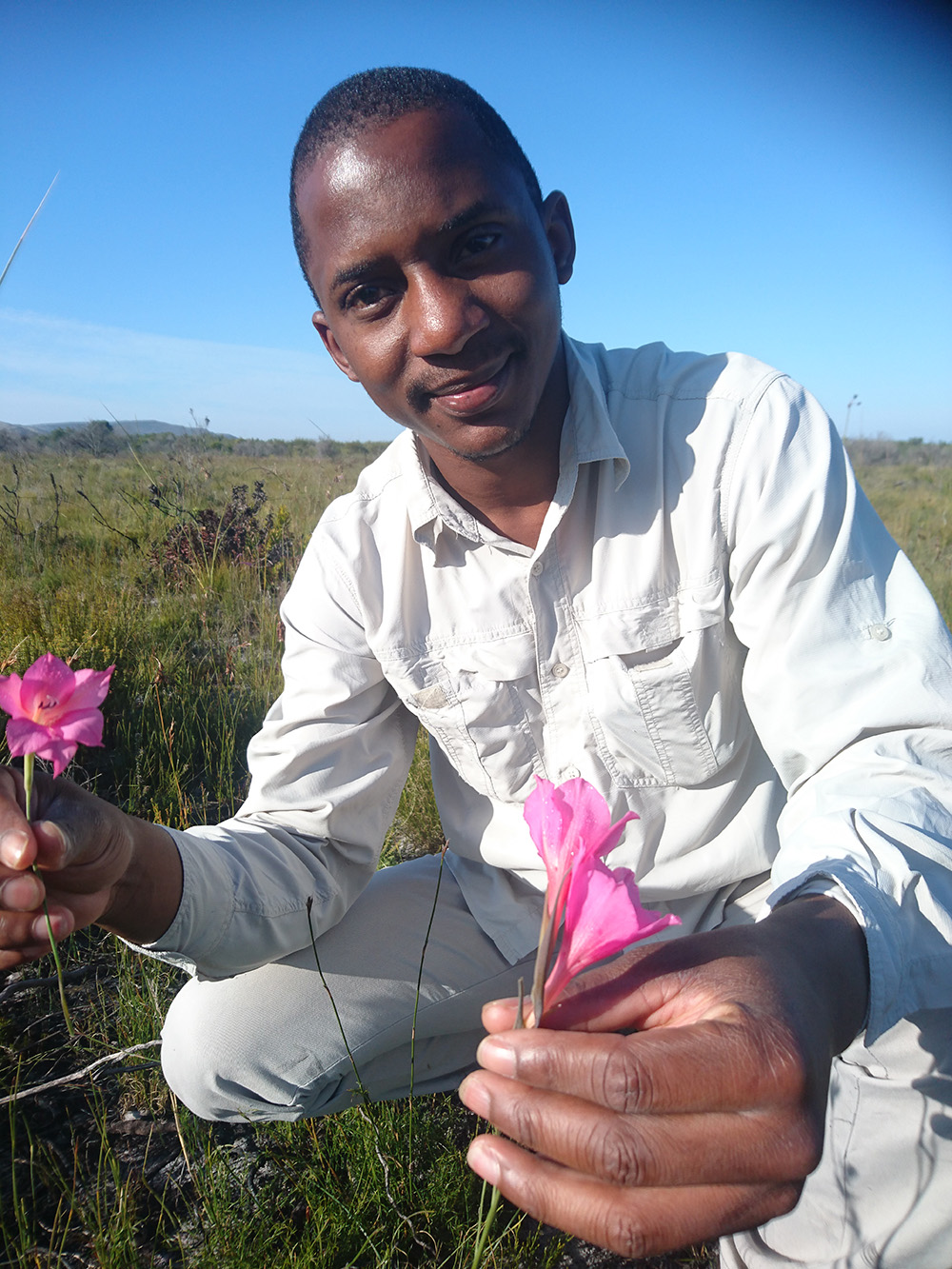 5.EXTENDED PUBLIC WORKS PROGRAM (EPWP)
The EPWP recently granted the conservancy funding to provide employment to four previously unemployed workers. The job contract is for a period of a year. Their job requires them to assist in the construction as well as maintenance of our new mountain biking trail. 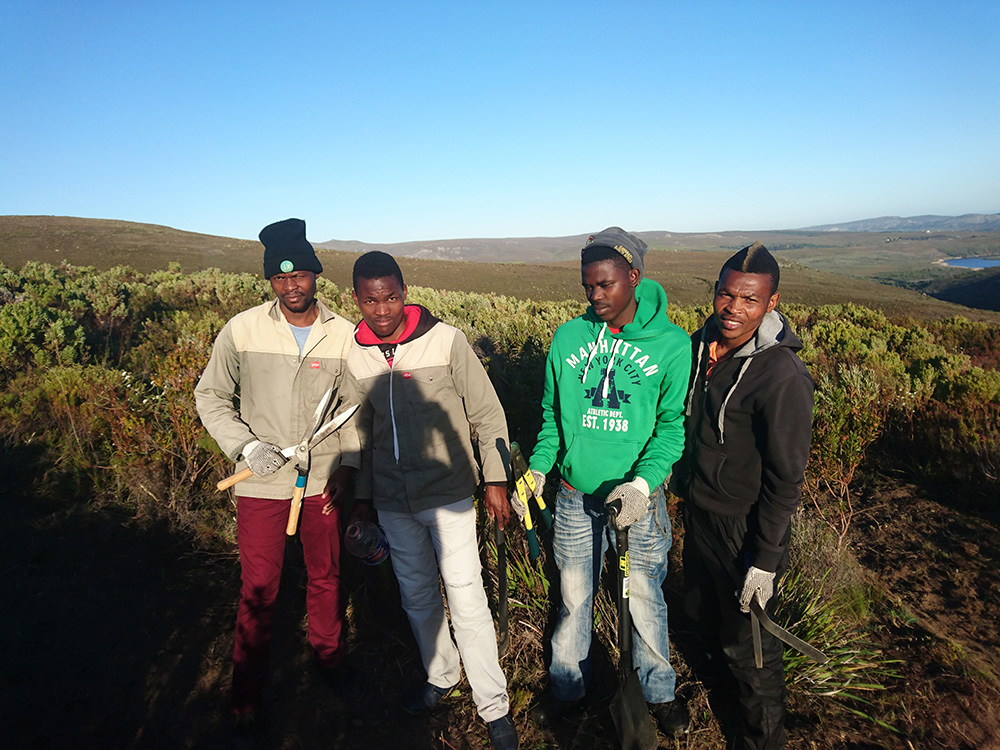