Over the last few months, our teams have been actively doing botanical surveys at various farms along the Walker Bay Fynbos Conservancy.

We have proud to say our species list as grown from 989 to 1017 species, making us home to about 10% of the beautiful plant diversity found within the Cape Floral Kingdom.

The autumn and winter months leading onto spring are awesome months for finding beautiful and unique bulbs which only occur in our region.

Our 1000th species to add the conservancy species list was this beautiful Watsonia borbonica which belongs to the Iridaceae family and was found on Farm 215. Other species such as Watsonia coccinea and Aristea juncifolia were some of the other iris species taking us into the thousands.

The Watsonia borbonica is a magnificent bulbous plant with tall spikes of rose-pink, trumpet-shaped flower which only flowers for up to 4 or 5 weeks of the year. This plant is only found in the extreme south-west of the Western Cape from the Cape Peninsula to Bredasdorp. Watsonia borbonica is particularly abundant after fires and is known at some sites to only flower in the first and second years following a fire. 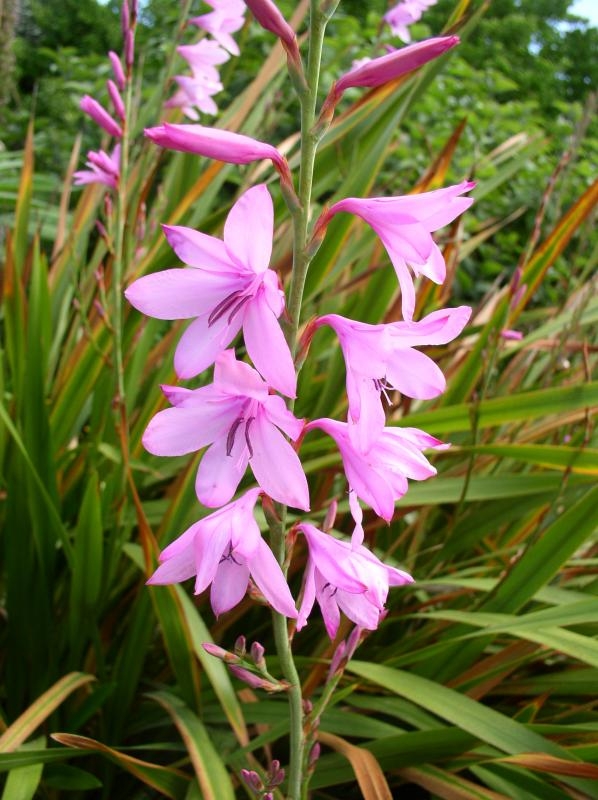